Caspian Coberly is a Seattle-based multi-instrumentalist musician who writes, produces, and arranges all of his music. He released his debut post-punk record in January of 2019, which draws influence from groups like Joy Division, Gang of Four, and Wire.

After years of obsessing over the guitar, Caspian started taking lessons at age 5. He quickly developed skill beyond his years on the instrument and was discovered by legendary rock photographer Robert M. Knight. Although Caspian truly loved guitar playing, he wanted to further his artistic output beyond being a child prodigy. In middle school, Caspian started home-recording original music and taught himself to play a variety of instruments necessary for making records. His debut record is a period piece on late-70s recording and received praise from legendary post-punk group Television. Moving forward, Caspian is excited to release more records and expand his audience. 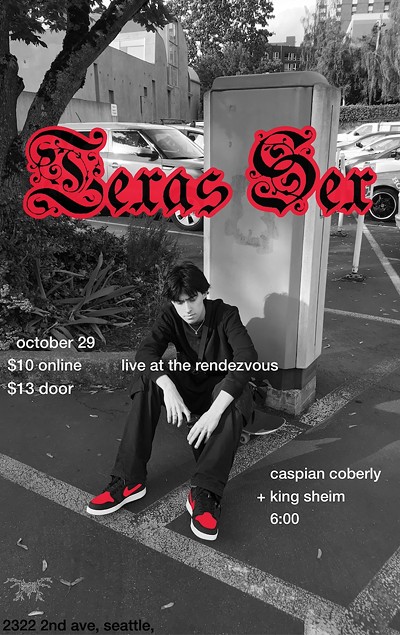