Musical Comedy by Comedian Morgan Jay; Morgan Jay is a comedian and musician based in LA.

He’s appeared on Comedy Central, NBC, and CBS.  He’s won numerous awards and festivals for his comedy and song writing.  With over half a million followers on Tiktok and millions of views across all platforms he’s he’s running his new hour “Commitment Issues” and getting it ready for taping!

Proof of Vaccination of Negative COVID19 Test Within 72 Hours Required 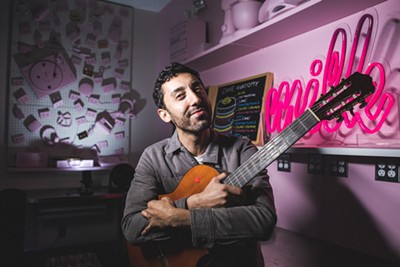