A Detroit native currently living in LA, Mateen Stewart is a nationally touring comedian who can be seen on Season 9 of Comedy Dynamic's Coming to the Stage and has appeared on Jimmy Kimmel Live!, Last Week Tonight HBO Max’s Backyard Bar Wars

Mateen has also appeared in several on-screen roles with the likes of Ben Stiller, Ken Marino and Ron Huebel, has played the token “Black Guy” in a national McDonald’s commercial and was recently a contestant on NBC’s  The Weakest Link.

Mateen is a founding member of the Wellspoken Comedy Tour and has participated in SF Sketchfest, Treefort Music Festival, SLC Comedy Carnivale, Women in Comedy Festival and the San Diego Comedy Festival.

Joining Mateen on the show will be the hilarious Lynette Manning, Narin Vann, Anthony Robinson and Dewa Dorje!

Minority Retort has become one of Portland’s most popular and critically-acclaimed comedy shows. Featuring some of the NW’s finest comedic talent, the show’s goal is to provide Black & brown comedians with a platform to speak their minds and share their unique perspectives, as well as reach the diverse comedy audience that exists within the so-called "whitest city in America". 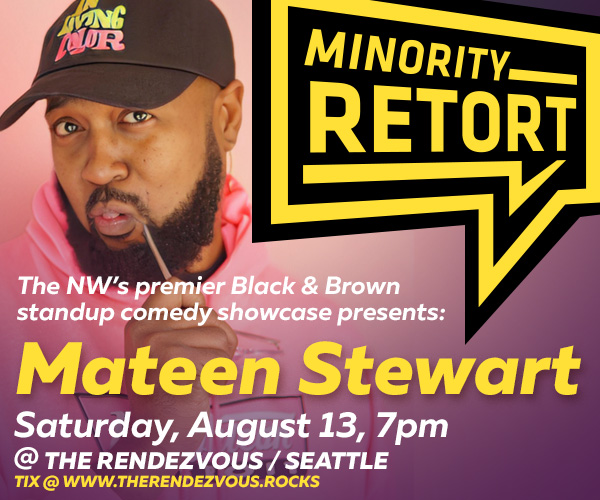