What makes a princess? What makes a guy? What's in a name? The Princess Chronicles is a sparkling musical journey through royal guyness, a fairy tale told through song and story exploring our nature and identity. This presentation of The Princess Chronicles is our debut appearance at the Jewelbox, serving up the Broadway, the pop, the Palestrina, the barbershop, the jazz and hell, if you throw a dart at a board marked 'song styles through history' you will hit at least two songs we will sing.

About Princess Guy
Princess Guy, “Seattle’s Most Fabulous Vocal Quartet,” is the self-directed, independent male vocal quartet made up of former members of Captain Smartypants and Zipper! offering original vocal arrangements of pop, jazz and comedy songs, as well as comedic takes on non-comedic songs. Princess Guy is a North American vocal ensemble of four fabulous fellows, founded in 2018 for the purpose of singing multifarious songs for audiences of sung song enthusiasts. 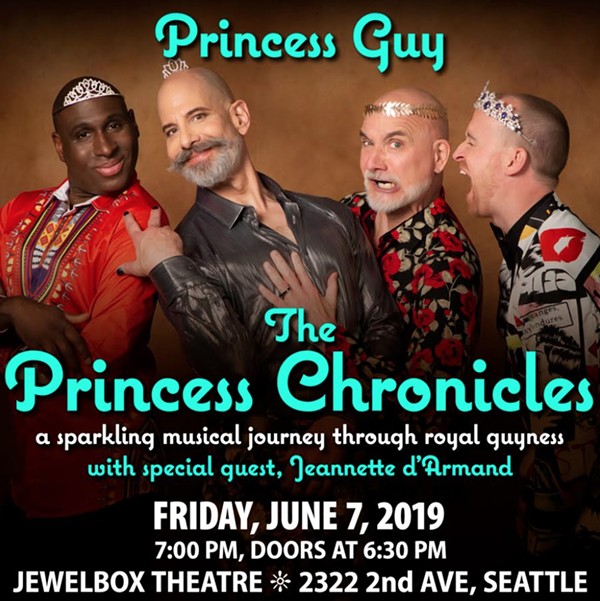 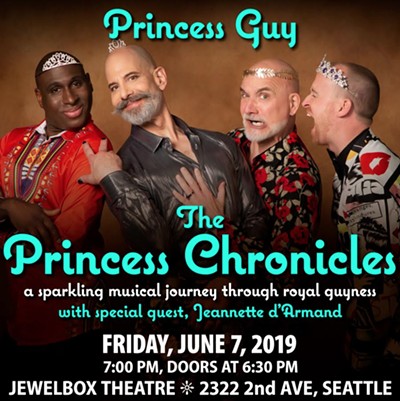